Babar ki Aulad and Politics of Abuse in India 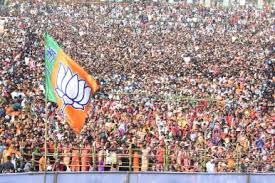 ‘Ram ki aulaad!’ How would a Hindu feel if he is identified with this form of address? Would he feel gratified? Or would he be offended? Surely, he would be in rage with fire. For the word ‘aulaad’ to be used other than one’s own parentage implies a form of abuse (gali) in Indian culture.

Thus, phrases like ‘kutte ki aulaad’, ‘harami ki aulaad’, ‘suar ki aulaad’ and so on are all highly objectionable remarks aimed at individuals. No civilized society would ever approve them. Despite the term ‘aulaad’ having strong negative connotations, Muslims in India are often labeled as ‘Babar ki aulaad’ by none other than the authority in power, Yogi Aditayanath, the Chief Minister of Utter Pradesh.

No leader of the ruling Bharatiya Janata Party (BJP) has ever expressed displeasure over abusive language being used to target Muslim community in India. Hurting Muslims through abuse (gali) often goes unregistered by the Prime Minister of India, in the process implying that Narendra Modi himself endorses vilification of the most deprived community in the country.

Though Election Commission of India took cognizance of this offense, the apology from Yogi Adityanath was rendered in the form of immoral arrogance challenging all those questioning him: ‘Election Prachar is not for Bhajan’, an open denial to continue slandering Muslims with impunity.

‘Yogi’ and ‘Gali’ are antithesis. They are quite a mismatch. If one is ‘Yogi’, one cannot be ‘Gali giver’ (abuser).

A Yogi is one who has reached an advanced stage of spirituality while being a reckless abuser reflects the individual’s background of poor upbringing.

Yogi’s invectives are not exception. The heart of entire Hindutva brigade is filled with dark feelings and their tongue is colored with venom. Aversion such as ‘Aurangzeb ki aulaad’, ‘Masood Azhar ki aulaad’, ‘Kassab ke bhai’, ‘Pakistan ya Qabristan’ and so on are just a few derogatory remarks to mention. The intent is to inflict maximum damage to the morale of the community and neutralize them of being any social or political force in the country.

Mental health of an abuser

Why does one hurl abuses at others? What do they imply? Multiple answers form such questions. First, one learns to abuse others from one’s parents, i.e. ‘sanskar’ culture of the family. Second, one might end up abusing others because of ‘empathy deficit’. Third, abusive behavior also results from ‘mental disorder’. Still more, the drug or alcohol addiction can also escalate abuse. Sometimes, abusers feel powerless to cover up the truth. The list of what qualifies an abuser could be long.

Briefly speaking, abusers, in this case, prominent leaders of BJP, don’t consider Muslims as people. Instead, they treat them as ‘worthless objects.’  Abusive leaders arrogantly dwarf Muslims’ contributions to the nation and continue degrading them with ‘aulaad’ like terminology in election after election rallies.

The victims, that is to say, Muslims have not only been abused, they have also been physically brutalized during the last five years of abusers’ rule.  They have been lynched for the choice of their food, they have been jailed for disagreeing with their wives, they have been mocked for holding their beliefs and so on.  In fact, they have been reduced to second class citizens in their own country.

The effects of abuse have high bearing upon the community. Fear runs so high that they are afraid to walk alone at night and talk politics aloud. That is how a Muslim expresses his anguish as quoted by The New York Times.

“I could be lynched right now and nobody would do anything about it,” said Abdul Adnan, a Muslim who sells drill bits. “My government doesn’t even consider me Indian. How can that be when my ancestors have lived here hundreds of years?”

“Brother, let me tell you,” Mr. Adnan added with a sigh, “I live with fear in my heart.”

(Under Modi, a Hindu Nationalist Surge Has Further Divided India,April 11, 2019)

Undoubtedly, they are plagued by low self-esteem. Feelings of deprivation and sense of guilt surround Muslim community, and they wonder what will happen in case Modi is elected again as the Prime Minster of India.

Briefly, in the way, Bharatiya Janata Party (BJP) has been spreading an us-versus-them philosophy adds only to the woes of Muslims at every level of governance. Edmund Burke rightly pointed out:

‘In a democracy, the majority of the citizens is capable of exercising the most cruel oppression upon the minority.’

Abuse is never justified whatever the objective. In fact, it is a form of crime. Tragically, the law in India is spineless to respond to arrogance of Hindutva leaders’ abuse against Muslims. On the contrary, louder the pitch of abuse, stronger the loyalty of nationalism. Sickening narratives make Muslims completely hopeless and defenseless.

The rule of abuse does not last long. It will have its end if victims’ (Muslims) ignore the mental instability of abusers, for one cannot reason with abusers about facts of life and history.

The on-going parliamentary election in India may be dubbed as the biggest exercise of electoral democracy on the earth but in real, no democracy can be religiously genuine if its oppressed class is endlessly abused in a flagrant manner.

In the creation of the heavens and the earth; in the alternation of nigh and day; in the ships that sail the ocean with cargoes beneficial to man; in the water which Allah sends down from the sky and with which He revives the dead earth, dispersing over it all manners of beasts; in the movements of the winds, and in the clouds that are driven between earth and sky; surely in these there are signs for rational men. The Koran, Al-Baqara (The Cow) 2:164, Penguin Classics, England.

"At this year’s end let me tell you
What it is that’s on my mind
When the killing fields of Syria
Chill the hearts of all mankind
As my critics are seldom shy
Allow this columnist a cry."

“It is not enough to win a war; it is more important to organize the peace.” ― Aristotle